​Big Pine Key, Florida, USA
5 April 2022
​
We started experiencing car trouble on a drive from Key West to Miami. This would not be a fun place to break down, because there are long stretches of highway over the ocean. It is the Overseas Highway, after all. We called around to various repair shops, but most were booked out for weeks. We stopped for lunch at a place called Good Food Conspiracy, and tried to figure out what to do. We asked the owner if she had any recommendations for mechanics. She ended up texting a friend who owned a garage, explained our situation, and asked him to call us. He called right away and talked us through some options. If what he suggested didn’t work, he would find time to take a look at our car. Luckily, after doing what he suggested we were able to make it to Miami. We found a place there to get the car fixed the next day. Thanks to both of them! 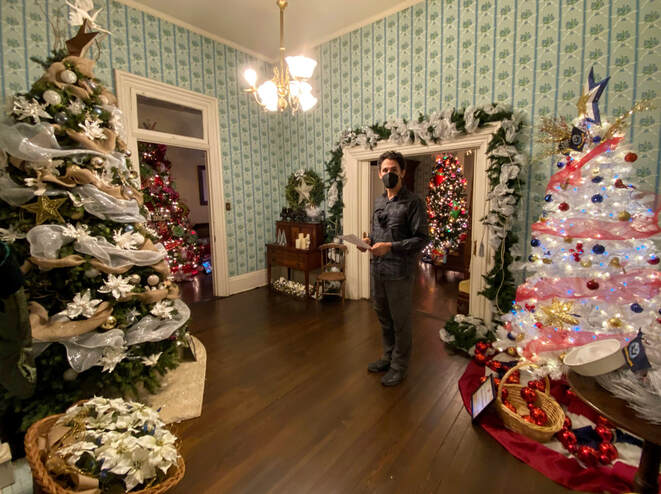 Mark with some of the Merrehope Christmas trees.
Meridian, Mississippi, USA
9 December 2021

Because of the COVID pandemic, our travels have changed and we did not travel internationally for quite a while. However, there are plenty of different cultures within the United States. On a train trip from Dallas to Philadelphia for Christmas, we stopped in Meridian, MS. The evening of our arrival there was a yoga event at Merrehope, a historic mansion now open for tours. It was also during their annual Christmas tree display. After the event we tried unsuccessfully to use a rideshare app to get to our hotel. Noticing our struggles, multiple people offered to drive us–including a security guard and one of the event organizers. Eventually we accepted a ride from the event organizer because the security guard was still working. She not only drove us to our hotel, but gave us a tour of the city. She brought us inside the Temple Theater, and offered to take us out for drinks.
Morne Diablotin National Park, Dominica
2 February 2016
​
We took a public minibus as far as we could, then walked the rest of the way to the Syndicate Nature Trail and Parrot Preserve within the national park. It’s a great place to look for the two parrot species endemic to Dominica! There were two police officers patrolling the park, and they said hello to us. After enjoying the trail and spotting a flock of parrots, we started walking back to where we would hopefully find another bus. As we walked, a truck pulled up to us. In it were the two police officers, who had just finished their shift. They recognized us and offered us a ride all the way to town. We accepted their offer, and had a fun time chatting with them. On the way, they stopped and picked grapefruit for us all to eat. It was the best grapefruit we have ever eaten! 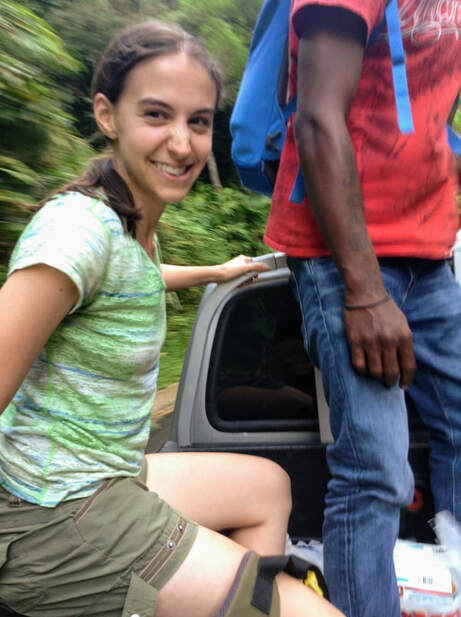 In the pickup. Photo by Mark Gallardo.
Roseau, Dominica
30 January 2016
​
We were taking a public minibus from Roseau inland to Pont Cassé when the vehicle broke down going up a hill. We all stood there for a while, trying to decide what to do. Eventually a pickup truck drove by, then pulled over and offered us and the other passengers a ride. 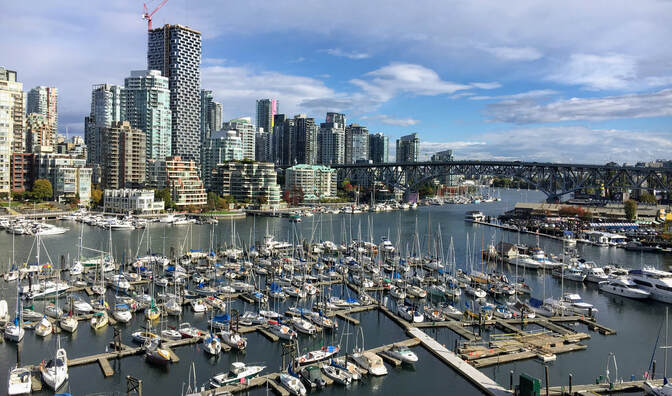 After arriving at the Vancouver airport we took the train downtown. We then had to transfer to a bus to get to our accommodation. As soon as we started looking at the map multiple people wanted to help us figure out how to get there. No need to consult the map or our phones, they got us exactly where we needed to go. 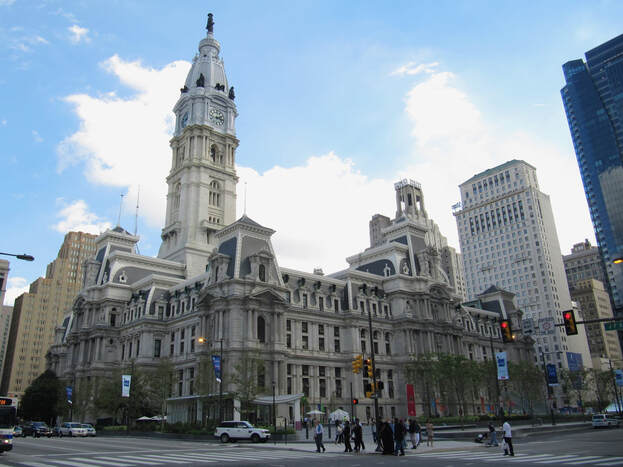 Philadelphia City Hall. Photo by Elizabeth McCarthy.
Philadelphia, PA, USA
December 2018
​
We were waiting for the subway going to a Flyers game with my dad. He noticed tourists who were confused about which direction to go, so he told them the way. It was a mother and son from New Zealand who were also going to the game. When there was a problem with the subway car, we had to get off a stop early and walk. We found them and made sure they didn’t get lost.